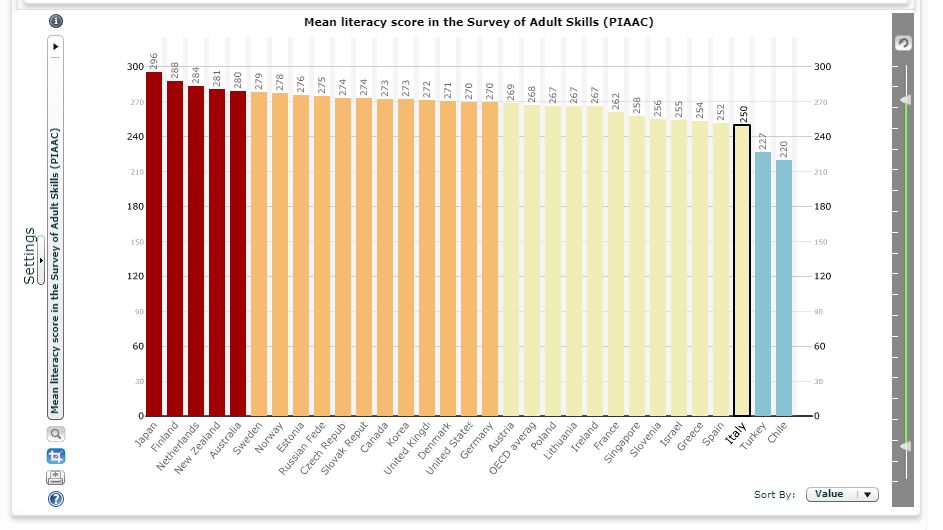 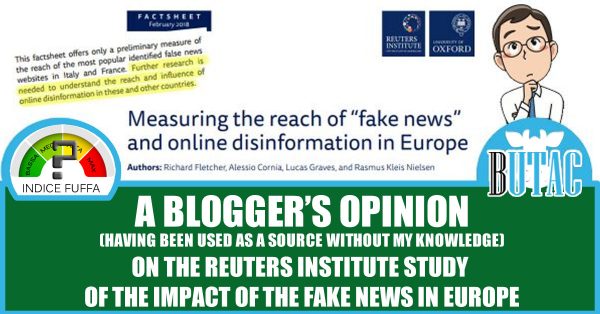 A blogger’s opinion (having been used as a source without my knowledge) on the Reuters Institute study of the impact of fake news in Europe.

This study was brought to my attention in our comments section.  It was carried out by the Reuters Institute for the Study of Journalism at the University of Oxford, and entitled:

Measuring the reach of “fake news” and online disinformation in Europe

The first page gives a clear outline of the main findings of the study:

We decided to have a better look at the study.

The opening section explains straight away that this is a preliminary study and that further research is needed to understand the reach and influence of online disinformation in these and other countries   That’s a great pity, because it wouldn’t have been difficult to do some more in-depth research, especially at a university as prestigious as Oxford.  It almost seems like they don’t want to know what’s really happening.

But anyway, let’s get back to the study…

On page two, this caught our eye:

For both France and Italy, our starting point was lists of unreliable websites compiled by independent fact-checkers and other observers. For France, we used the Décodex—a database of around 1000 websites compiled by Le Monde’s Décodeurs project in the course of their fact-checking. In Italy, we combined lists from three different sources. Two of these lists were retrieved from independent fact-checking websites—BUTAC and Bufale. The third list came from Bufalopedia, a website co-created by Paolo Attivissimo, a prominent journalist who describes himself as a “hoax buster”. These are the best available, independently-compiled lists of websites that have repeatedly published demonstrably false information, whether for profit or motivated by other reasons.

The lists of websites that publish false news in Italy were taken from BUTAC, Bufale.net and Paolo Attivissimo. It’s obviously a great honour, but…

Oxford, we have a problem

The Oxford researchers, without contacting BUTAC in any way, have based their study of fake news and its online reach in Italy on these blacklists that were created several years ago, consisting mainly of blogs and websites that publish a significant quantity of false information.  These are biased websites which, in a few rare cases, have attempted to get back at us out of spite: the people who run these websites hide their identities, and are well aware that they could be subject to penalties. However, it’s not this fake news that we need to worry about.  The truly terrifying false or manipulated news comes from the press and mainstream TV, from politicians, from supporters and from BOTs, and the blacklist websites are just a reminder for readers. I have to admit that I was pretty shocked by the study. Was it really too much hassle to drop us an email?  We would have been more than happy to try and explain the situation more clearly, and clarify the criteria used for the compilation of our Black List, when it was last updated, and how it works in general.

Which websites were considered in the study?

All we had to do was read on a bit to realise that the basic error made by the researchers was their choice of study material:

Not all of the outlets included on the initial lists were relevant for our purposes. Here, we are concerned with outlets that consistently and deliberately publish “false news”, which we have defined elsewhere as “for-profit fabrication, politically-motivated fabrication [and] malicious hoaxes” designed to masquerade as news (Nielsen and Graves 2017)

By 2017 pretty much the world and his wife had grasped the idea that the best way to spread disinformation was to hide it in the midst of genuine or at least plausible news.  Websites which only publish false news, which were the focus of this study, are extremely rare nowadays. They may have completely changed their look, and started publishing vegetarian recipes, or changed their name, while taking advantage of the popularity they have obtained as a way of making money and proselytising in different ways. Furthermore, the study excluded satirical websites, despite the fact that people sometimes take their articles seriously, but it was unclear whether the websites we would define as “pseudo-satirical” were also excluded.  This is an important distinction to make, as in many cases their so-called satire acts as a façade, and as a way of avoiding complaints to the authorities, but often has nothing to do with real satire.  We refer to such websites as “pseudo-satirical” because they exploit this façade as a way of spreading viral disinformation, targeting an audience which hasn’t the faintest idea what a disclaimer is.

The websites chosen by the study do not include the entire Black List, as a selection was made which excludes all those without their own domain names, including all the YouTube pages, standalone Facebook accounts and Twitter accounts. The study excluded AlterVista and BlogSpot, which host a great number of disposable websites that generate individual viral posts. Such posts are subsequently spread by networks of personal accounts, often managed by BOTs. It also excluded disinformation which is spread using images, without links to articles, or false news published via instant messaging services, such as Whatsapp and Telegram.

We need to emphasise that the sample analysed – 21 websites in total for Italy – is not a valid sample on which to base a study of this kind.  Furthermore, the publication of the study itself has enabled the websites whose mission is to spread fake news to come up with titles like the following:

So they reassure their readers, not that they were in need of any reassurance.  And what we end up with is fake news about fake news… But clearly it’s a godsend for everyone who’s planning to base their election campaigns on fake news.

A comparison with national newspapers

In order to show the impact of blacklist websites, the study compares them to national newspapers, with data about the time spent on mainstream media. However, the problem is that the national newspapers themselves publish manipulated news, and these news items have a far greater reach among the population.  These pieces of news are the ones which cause greatest concern, and which can really change readers’ perceptions. When ANSA and ADNKronos view the Daily Mail and RT as reliable sources, when Italy’s police force publishes warning about the Blue Whale or when the President of the National Order of Biologists organises conferences featuring well-known anti-vaccination figures, it’s definitely time to worry. Fake news can be found in Parliament, but it’s not the fake news analysed in this study. It’s not “Laura Boldrini’s cousin” that enrages the masses, but rather the “pensions for immigrants” or when “funds for earthquake victims have disappeared“. The omission and manipulation of facts have the greatest impact on readers’ perceptions.

We should also remember that a large proportion of the public don’t even read the articles that are linked on their social media, but maybe just glance at the titles, preferring to view and share videos and images, and sharing articles based on trust.

BUTAC is on Twitter, but since changing our website template I haven’t managed to fix an error which means that the image shared on social networks no longer clearly specifies that it’s FAKE NEWS (or whatever else it may be).  On Saturday 3 February, BUTAC writer Noemi published an article, which appeared on Twitter like this: 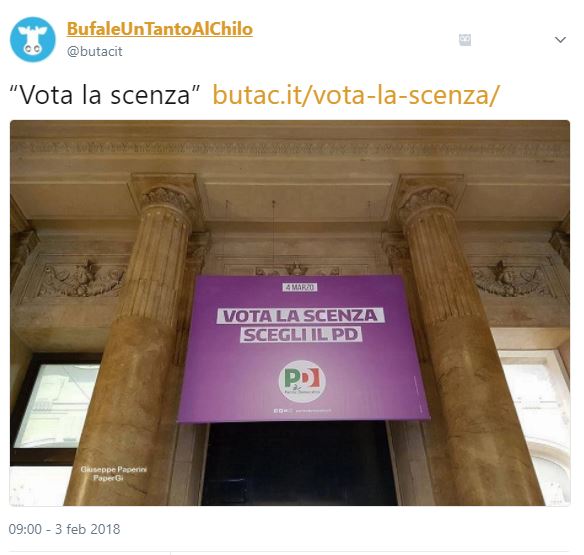 Please tell me this is fake…

2 out of 4 people who commented hadn’t even opened the article, and these are supposedly followers of a website that constantly tries to explain that sources are the most important thing about any piece of news…

People who are taken in by fake news don’t necessarily account for a lot of time spent on the websites that generate these news items.  They frequently share articles (or copy and paste them, which makes them harder to trace) without even opening the articles themselves, simply because they trust the title and the source. A few years ago, the data referred to 47% functional illiteracy in the Italian population between 18 and 65 years old. That’s about half the electorate, and let’s be clear, this problem affects every single political party, and is widespread throughout the electorate. Today, the classification method has changed, and there are several interactive lists available, so you can also take part in the data collection. At the moment, Italy is third last in the classification, ahead of Turkey and Chile, and behind Spain and Greece.  Top of the list is Japan, followed by Finland and the Netherlands. 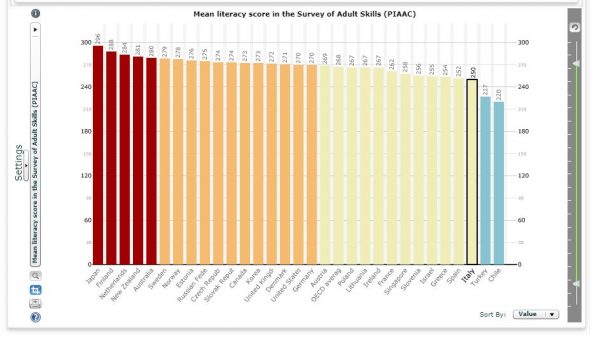 I’m not a researcher or a scientist, merely an amateur blogger, but to me it seems blatantly obvious that this research excludes all the most dangerous areas of disinformation. This study might have been relevant back in 2013, when the phenomenon was just taking off, but now it seems frankly rather pointless. I sincerely hope that the second part of the research is already in progress, with more in-depth findings, in which the researchers might try to understand where the most dangerous disinformation comes from.

I’m just a blogger who’s obsessed with accurate information, and this is an editorial rather than a study funded by important press agencies.  These are simply my opinions, backed up by a few sources, but like everybody else, I’m guilty of cognitive bias…

Perhaps I should have mentioned that earlier…

We’ve been talking about this issue for ages, and trying to understand which news items pose the greatest risk, and how to tackle them, is just the first step.  It certainly helps to look at the bigger picture.

If you’re interested in finding out more, here is a brief selection of articles published on BUTAC:

That’s all for now.

If you liked this article, please support us on PayPal!